Warren Buffet famously said that “Forecasts may tell you a great deal about the forecaster; they tell you nothing about the future.” So, do not treat this as a forecast. Just treat me as a bad forecaster. But really, I am trying to apply a theory about clockspeed into this specific case.

Many years ago while I was doing my sabbatical at MIT, I attended a class by Professor Charlie Fine about industry clockspeed. Specifically, he said that the speed of change is increasing as you go down the supply chain. For example, companies making basic ingredients such as plastics may last a long time, but companies using plastics as an input into their products (for example, toys) may not last as long.

The IT industry itself is a high-clockspeed sector compared to other sectors. But within IT, those who sit higher up the value chain (for example, semiconductors) may last longer than, say, computer manufacturers, who in turn, may be around longer than those who sit way down on the bottom (app development companies).

Look through this lens, Facebook is at the bottom of the IT value chain, and therefore is at a higher risk of extinction simply because things change much faster at the consumer-facing end. Therefore, I will not be surprised if Facebook (now Meta) will not exist 3 years from today.

Another example I am reminded of is Blackberry. It was once a hugely successful company with a hugely popular product and technology all the way through 2009. But in a short two or three years, everybody abandoned Blackberry and adopted the iPhone.

History is interesting. It never repeats, but it rhymes.

A Small Innovation, A Big Saving for the Environment 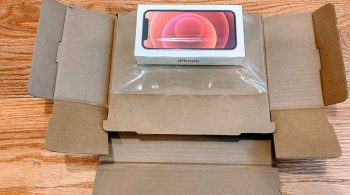 A Small Innovation, A Big Saving for the Environment